Seeds of mentorship planted at MSOE

“One of my dreams was to own a company and be part of the impact it can have on a community,” said Matt Tadisch ’06. 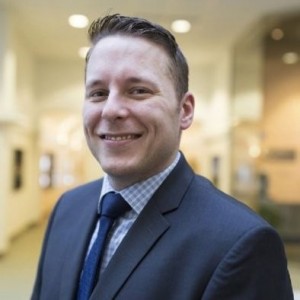 That dream has come true for him more than once. Only 11 years after graduating from MSOE with architectural engineering and construction management degrees, Tadisch bought the Selzer-Ornst Construction Company. He subsequently bought ABCO Building Corp., then became one of the owners of Wisconsin Redevelopment when he took over a stake of the company from Bob Lemke, MSOE professor emeritus.

The latest acquisition wasn’t the result of luck, or being in the right place at the right time. Lemke has been Tadisch’s mentor for nearly 20 years—a relationship that began with MSOE’s Design-Build team. 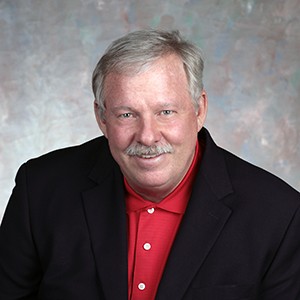 When Tadisch joined the team as an MSOE freshman, little did he know he’d be forging such a long-lasting relationship. Lemke was the new Design-Build team faculty coach. After teaching at MSOE part-time for a number of years, he was starting his second year as a full-time faculty member and anxious to share his real-world experience with the students. Coaching student competition teams was another opportunity for him to give students the opportunity to flex their education and develop professional skills.

As for the Design-Build team, Lemke was told there was no chance the team would be successful at the national construction management competition that year, sponsored by Associated General Contractors (AGC) and Associated Schools of Construction (ASC). And after seeing the team, he started wondering if that was true.

“Matt was a horrible presenter,” said Lemke. “He was very mechanical.”

Tadisch laughed and agreed, “I was a robot.”

Not ones to back down from a challenge, Tadisch, Lemke and the rest of the team rolled up their sleeves and prepared for the competition. After hundreds of hours of work, they drove to Indianapolis and arrived at the competition feeling pretty confident in their abilities. They were right to be confident—they took first place in the region. They went on to Dallas to compete in the national competition and took second place.

Through these student competitions, Lemke said, “I made lifelong friends with industry sponsors and they all ended up being an awesome avenue for students to be hired. The competitions give MSOE and its students unprecedented exposure to these employers.”

“We were set up for success because of Bob,” said Tadisch. “He challenged us to make sure we dotted our I’s, crossed our T’s, and were prepared to present. Bob does what he does for the benefit of students and the community. If you want to learn something, you want a professor like Bob.”

Tadisch’s hard work and Lemke’s guidance paid off. After graduation, Tadisch launched a successful career in construction, holding various roles including project engineer, project manager, owner’s representative and project executive. At the young age of 24 Tadisch was named one of the Milwaukee Business Journal’s 40 Under 40 Award recipients.

He also worked as a business development manager/account executive for Riley Construction and was manager of construction for Kohl’s Department stores, overseeing retail and non-retail construction across the country. Tadisch was one of the youngest executives at Gilbane Building Company, where he worked before purchasing Selzer-Ornst.

“MSOE values practical experience in the classroom and encourages students to be entrepreneurial,” said Lemke. This is evident in the progression of Tadisch’s career.

Lemke, now retired, left more than a few pairs of shoes to fill. The first was finding a suitable replacement to take his place at his company, Wisconsin Redevelopment. He found that in Tadisch, who is now co-owner. Wisconsin Redevelopment specializes in creating affordable housing in Milwaukee’s central city and historic building renovations.

Tadisch is also taking Lemke’s position with the Associates in Commercial Real Estate (ACRE) Program in Milwaukee. ACRE is an industry-supported initiative that recruits and retains people of color for careers in commercial real estate, spanning from development and property management to construction management.

Lemke’s tradition of mentoring has carried on with Tadisch now serving in that capacity, bringing his own career full-circle. Tadisch returned to MSOE, this time standing at the front of the classroom as a lecturer in the Civil and Architectural Engineering and Construction Management Department. The classes Tadisch teaches at MSOE and through ACRE, coupled with the mentoring he provides at ACRE and as a board member of AGC of Greater Milwaukee connect him with rising talent in southeastern Wisconsin. Several of ACRE’s graduates have gone on to successful careers in real estate, and continued relationships with Tadisch and his companies.