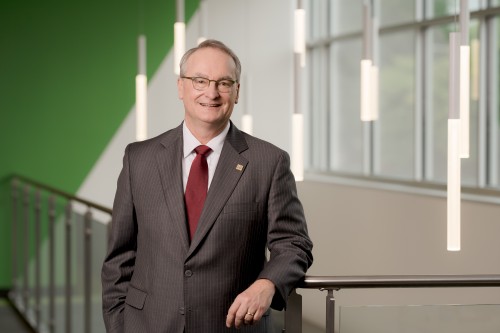 John Y. Walz, Ph.D., president of Milwaukee School of Engineering, has been elected to a three-year term on the Board of Directors for the National Association of Independent Colleges and Universities (NAICU). He will represent Region V (Illinois, Indiana, Michigan and Wisconsin).

“I am both honored and excited to be joining the NAICU Board of Directors representing Region V. Independent colleges and universities provide access to higher education and support for millions of students throughout the U.S.,” said Walz. “NAICU is an extremely important voice for independent higher education in this country and their work is more important now than ever.”

Walz is one of 14 new board members and four new board officers who will take office on July 1, 2021. Their election was ratified during NAICU’s virtual 2021 Annual Meeting and Advocacy Day.

NAICU serves as the national voice of independent higher education and reflects the diversity of private, nonprofit higher education in the United States. Member institutions include major research universities, church-related colleges, historically black colleges, art and design colleges, traditional liberal arts and science institutions, women’s colleges, two-year colleges, and schools of law, medicine, engineering, business, and other professions. With more than 5 million students attending 1,700 independent colleges and universities in all 50 states, and more than 1 million employees, the private sector of American higher education has a dramatic impact on our nation’s larger public interests.