Partnerships between business and industry leaders are the bedrock of MSOE's foundation. Since 1903, university leaders and community partners have built upon this foundation with the shared goal of providing an experiential education that results in work-ready graduates. 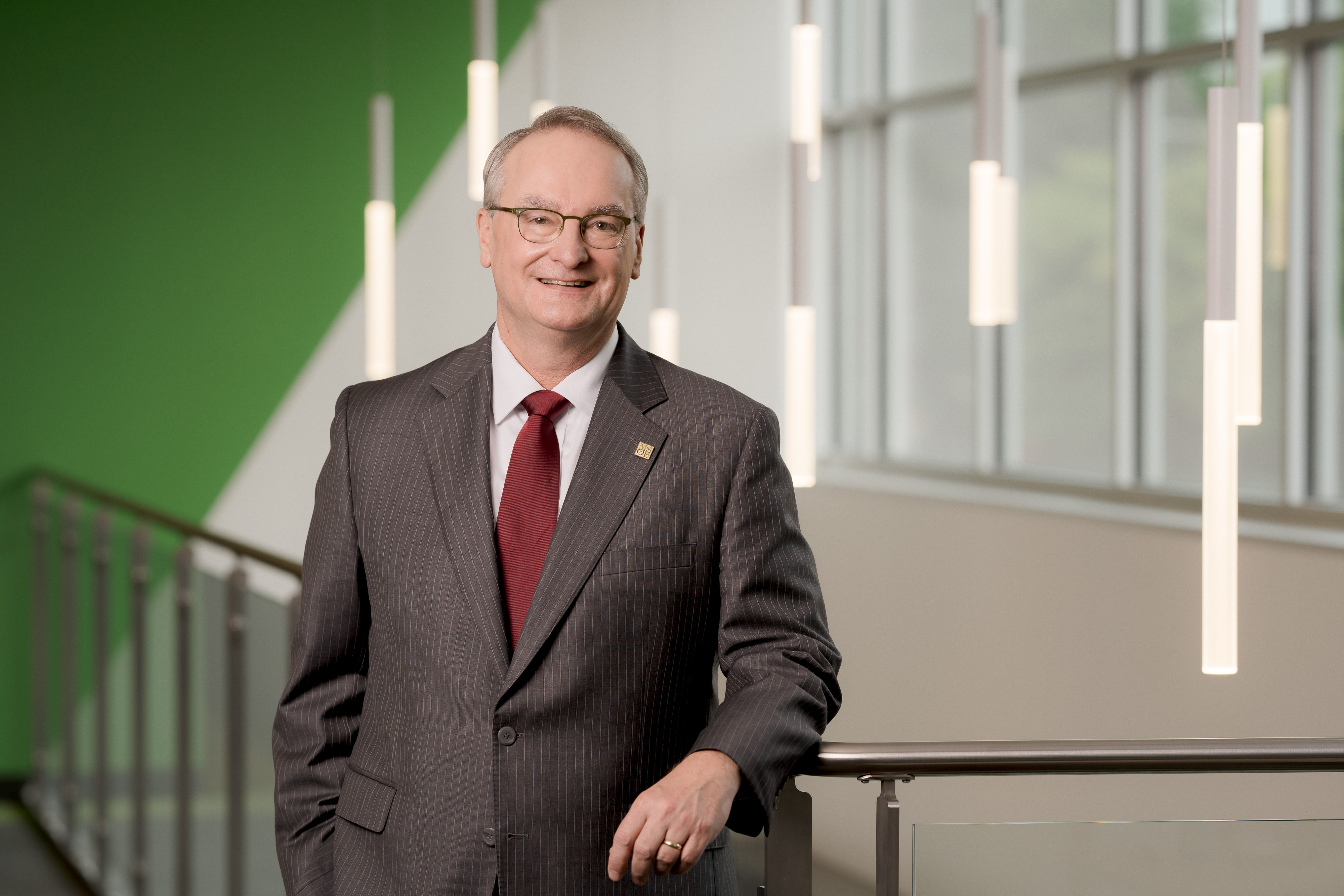 MSOE is under the guidance and leadership of Dr. John Y. Walz, who began his term as the university’s fifth president on July 1, 2016.  The impact of Walz’s leadership can be seen across campus and strengthens the MSOE community.

One of Walz’s first projects at MSOE was the implementation of a five-year strategic plan, leading to new a new degree, construction of campus advancements, improvements to student life, and so much more.

Walz was instrumental in the creation of the Bachelor of Science in Computer Science focused on artificial intelligence at MSOE, joining Carnegie Mellon as one of the first two universities in the nation to offer such an undergraduate degree. In order to support the technology forward degree and advance other academic programs, Walz worked with alumnus Dwight Diercks to develop the Dwight and Dian Diercks Computational Science Hall, which is filled with next generation technologies that position MSOE at the forefront of artificial intelligence education.

Additional campus improvements under Walz’s leadership include the creation of the Spitzer Dining Commons, the transformation of Roy W. Johnson Residence Hall into Hermann Viets Tower, the expansion of the Ruehlow Nursing Complex, the creation of the We Energies STEM Center at MSOE, and the development of Raider Stadium in partnership with Nicolet High School. Walz received honorable mention for CEO of the Year in 2019 from the Milwaukee Business Journal for his exceptional leadership and influence on the community.

In 1997, Walz joined Yale University’s faculty as an associate professor of chemical engineering and in 2002 he became the department’s chairman. In 2005 he became professor and head of the Department of Chemical Engineering at Virginia Tech and in 2012 Walz became dean of the College of Engineering at the University of Kentucky. Walz has received honors and awards from the universities where he has taught as well as from the National Science Foundation, who awarded him a Research Initiation Award in 1993 and a Faculty Early Career Development Award in 1997. In 2010, Virginia Tech recognized the Chemical Engineering Department’s achievements, chaired by Walz, with an Exemplary Department Award. Walz is past-chair of the American Chemical Society Division of Colloid and Surface Chemistry (2011). He and his wife Moira have three daughters: Megan, Bridget and Emily.

"MSOE is the type of university that I wanted to be president of.” Learn about Dr. Walz, fifth president of MSOE.

The Executive Leadership Team serves as an advisory board for the president and plays an integral role in directing the duties of his/her department in fulfillment of the university’s mission and successful implementation of MSOE’s strategic plan.

Comprised of representatives of business, industry, government and education, the Board of Regents provides oversight of institutional policies, finances, priorities, and academic programs.